Adventure as a Popular Nomad: Transformations of Adventure Narratives in Comics 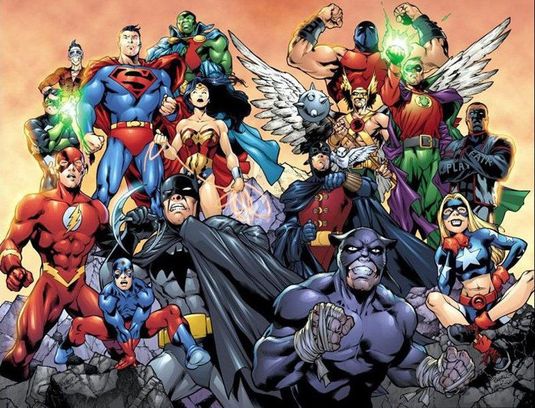 Extending the philology of adventure across media, this project looks at two transformations in the history of US and Franco-Belgian comics: First, the successive introduction of adventure strips, adventure/hero books and aventuriers between 1925 and 1945, and second, a post-adventure remediation of these traditions in the 21st century.

As comics cross media borders and play with purportedly established precedent in the traditions of adventure narratives, they function as a transmedia laboratory, in which creators and their audiences experiment with and reflect on innovations from other contemporary media formats, allowing a vantage point into the network of different media involved in a historical moment.

The narrative structure and appeal of the adventure in the current most popular comic genres is preceded by a different spectrum of genres in the American daily newspaper strips between 1880 and the late 1920s: funnies, narrations of migration and immigration, and family strips stand alongside bold experiments with form. It was not until the consolidated market circa 1910 that large parts of the production were appropriated by the new adventure formats: Beginning anew with adventure strips, such as the formative series Buck Rogers and Tarzan (both 1929–), versions of adventure storytelling quickly spread into the young comic books, where they find a place between the continuation of the familiar genres, such as Funnies on Parade (1933), and the first superhero comics proper (Superman and Batman, 1939). This corpus of adventure narratives must also be read in the context of the pulp adventure novels that had begun as early as 1896. A synoptic reading of these Adventures and the formats they cite and reflect may begin at this interface of old and new narrative traditions and media options.

A second tradition follows in the newly adventurous heroism of superheroes from 1939 onwards, and a third in the partially comparable development of Franco-Belgian bandes dessinées. While Pieds Nickelés (1908–) was already created as a travelling adventurer, and Zig et Puce followed in the 1920s as a direct parallel to American adventure production, it was not until the works of Hergé (Tintin, 1929–) and E. P. Jacobs (Blake et Mortimer, 1945–) that an independently recognisable form began to emerge, which, in addition to the stylistic innovation of the ligne claire, is associated with the transition from magazine to album production. Recent research, but also more recent BDs, have introduced critical postcolonial and other perspectives on these francophone traditions. In US-American productions, this contrasts with a fantasy of transnationalism that stages a globalisation of topics and characters, both in terms of the target audience and the represented populations.

Fourthly, both production contexts connect to a more recent aesthetic and economical shift for US comics often associated with the aftermath of September 11, 2001. The often allegorical examination of this and other current political topics coincides with a general doubling of narrative structure in US and European mainstream comics. This is where the final perspective of the project comes in: With a post-adventure remediation of the narrative core in more recent storytelling, which will cite the adventurous as a secondary thematic and structuring element for audiences literate in the genre, but places it in relation to different primary narrative intentions. Adventure is thus rendered an inter- and transmedial nomad, connecting to more general systematic and historiographic questions about inter- and transmedial nomadism in which some knowledge of earlier media shapes of adventures becomes indispensable even as the adventure no longer determines the core features of the popular medium at hand.

The repeatedly renewed broad popularisation of adventure narratives adapted in these ways is of particular importance for the link between genre and technology. Thus, the serialisation of popular forms is linked to the commercial establishment of new production and distribution methods. All the comics mentioned above are typical of ways in which seriality is dealt with in the various innovative media that scan the 20th century. In the sequential arrangement first of strips and later of booklets, as well as in the serial distribution of both products, there appears a newly understood popularity of the generic adventure narrative: negotiated in the early corpora through the formation of a modern cultural industry, and later called into question in the more recent post-adventure narratives. Transmedia migrations can only be observed in their specific historical contexts, in which continuities and ruptures in media emerge through cultural conventions intertwined with technological and semiotic features in ever new ways. In such transitions, a narrative core travels into other media and genres, which reflect, lose, or transform this narrativity, turning it towards popular, trivial, or profoundly innovative forms in which the adventure takes on transversal functions.